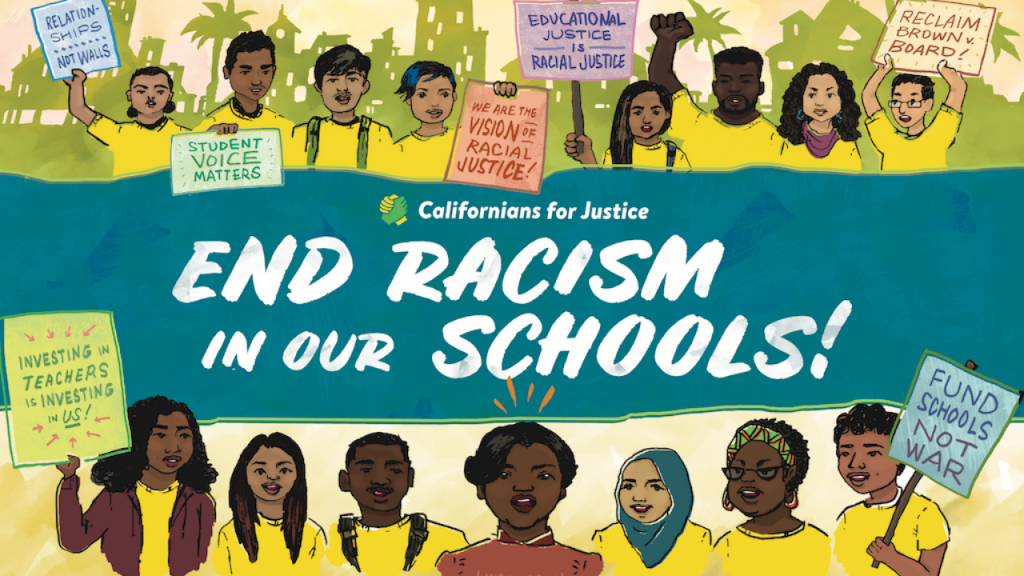 Arvin works as the Statewide Campaigns Manager that coordinates with Californian for Justice’s organizers and youth to get their communities civically engaged and striving for racial and educational justice. As a high school student in Union City, he took ethnic studies classes that started building foundational knowledge on issues of history and social justice. Because of that experience, in college he became politically active, attending actions in defense of the college of Ethnic Studies at SFSU, housing issues in SF’s SoMa district, working at the student equity center at CSUEB, and helping found the Northern California Pilipinx American Student Alliance (NCPASA). After graduating, he worked in government, organizing with local grassroots organizations on various issues, working the rapid response Immigration defense hotline for Alameda County advocating for Abolishing ICE, and especially in non-profit organizing helping put together civic engagement campaigns to empower youth, the local Filipino and East Bay communities through the electoral system. Arvin was born in Toronto, Canada but raised in the East Bay Area. He also graduated from Cal State East Bay with a major in Political Science with a focus in Public Administration and a minor in Ethnic Studies. In his free time, he’s out in nature, playing with his cat Wesker, or (safely) out with friends.