Leaders of Color To Celebrate this Labor Day

This Labor Day we’re celebrating some amazing leaders of color who’ve forever left a mark on the labor movement. From racial justice and union integration, to human rights and gay activism, these leaders have shown that no movement is a single issue — we live complex lives and our fight for liberation must reflect that intersectionality. The Labor Movement they’ve helped lead has been responsible for some of the greatest changes and worker protections we enjoy today. You can thank them and others within the movement for the 8-hour workday, paid sick leave, overtime protections and holidays. 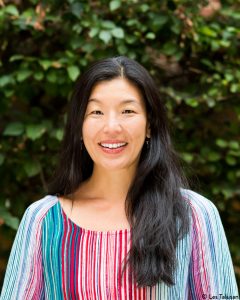 Poo has worked to organized domestic workers in New York City since the 1990s. She was instrumental in leading the grassroots effort to pass the Domestic Workers Bill of Rights. The act was officially signed by the governor of New York in 2010, with Hawaii and California passing similar protections in 2013. The Bill of Rights guarantees domestic workers have the right to overtime pay, a day of rest every seven days, and three days of rest each year among other things. They New York campaign helped build a framework for the current effort to release a Bill of Rights at the national level. 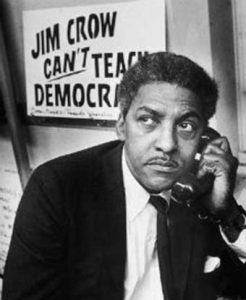 Rustin has been referred to as “the man homophobia almost erased form history,” and was widely involved with the fight for racial justice, civil rights and economic justice throughout the twentieth century. He helped organize the March on Washington Movement in 1941, Freedom Rides of the 1960’s and the 1963 March on Washington for Jobs and Freedom. Rustin continued to fight for labor rights and travel around the world for humanitarian missions until his death in 1987. 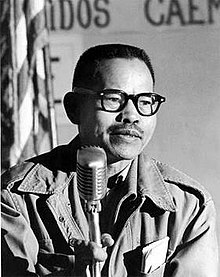 Born in the Philippines, Larry Itliong immigrated to the U.S. as a teenager and began organizing agricultural workers in California in the 1930s. He became a national labor figure in 1965 when he joined other labor leaders in the Delano grape strike to demand the federal minimum wage. Itliong helped create the United Farm Workers alongside Cesar Chavez and Dolores Huerta and continued to support members even after leaving the union in the 1970s.

In a time when many labor and civil rights leaders were men, Dolores Huerta stood out as a strong feminist leader and organizer. Her work to organize farm workers in California helped inspire a generation and established many of the labor rights folks enjoy today. Throughout her life she has continued to focus on equal representation for women in leadership and government bodies, and currently serves as president of the Dolores Huerta Foundation based in Bakersfield. She was awarded the Presidential Medal of Freedom by President Obama in 2012, and continues to be active in demonstrations and campaigns.

May Chen, Connie and Alice Ip

May Chen, Connie and Alice Ip should really be household names. These women and other Chinatown OGs led the 1982 NYC Chinatown uprising which saw 20,000 immigrant Chinese American garment workers march in demand of higher wages and better working conditions. May, Connie and Alice helped lead a grassroots, word of mouth campaign — even going door to door between shops to encourage women to leave work and join the march. The workers’ demands were met by the end of the first strike day and helped set a strong focus on more resources for Chinese American workers, including bilingual resources and transportation for laborers. Their work also forged a strong sense of organizing within the Chinatown community, a legacy that continues today as residents organize to fight NYC plans for building a new jail facility in their neighborhood. 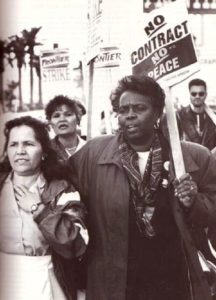 Canty joined the union as a maid at the Maxim hotel and rose through its ranks to eventually be elected union president in 1990. Under her leadership the union waged a strike against the Vegas Frontier Hotel for unfair pay and poor treatment. The strike became the longest in U.S. history and lasted six years, four months and ten days (1991-1998). A picket line was held 24 hours a day, seven days a week with no union members ever crossing the picket line during the entirety of the strike. The strike finally ended when the Frontier was bought and the new owners reinstated the workers, paid the desired wage and signed a union contract including backpay for workers. Although Canty passed in 2012, Local 226 continues to be one of the strongest local unions in the country.