On Anniversary of Brown v. Board of Education, Students Call on CA Leaders to Address Racial Inequality in Schools 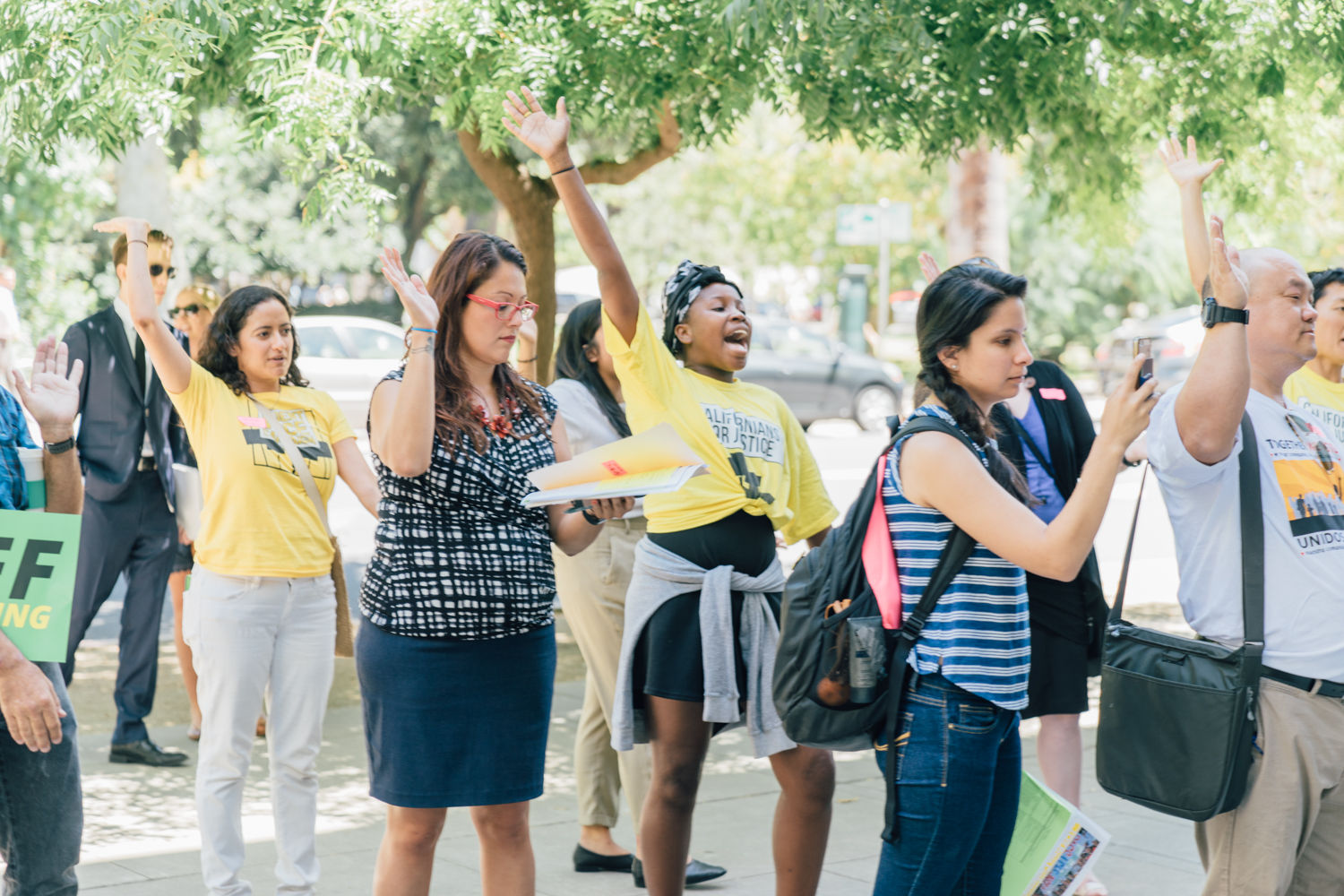 SACRAMENTO, CA — On May 17th, Californians for Justice (CFJ) brought 100 students and parents from across the state to Sacramento to urge lawmakers to make good on the promise of Brown v. Board of Education, on the 64th anniversary of the landmark 1954 Supreme Court decision that mandated the desegregation of schools.

CFJ held a march and rally with Senator Holly J. Mitchell at the State Capitol and called on Governor Jerry Brown and state legislators to pass a suite of bills to achieve real racial equity in schools. One of the bills, Assembly Bill 2820, will provide resources to schools to regularly survey how students feel about their safety and school relationships while increasing parent and community engagement in schools. 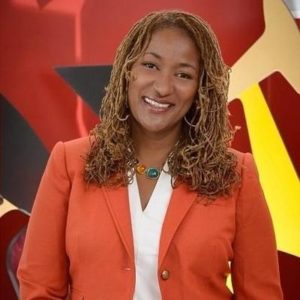 “Linda Brown, the young Black woman who sparked the landmark Brown v. Board of Education Supreme Court decision, passed away just this last March,” said Senator Holly J. Mitchell. “She did not fight this battle alone, but she died believing what happens in our schools is a ‘microcosm of everything that is happening everywhere else.’ She and others lived for the dream of racially just schools where all children thrive. Together, we must work to make that dream come true. She deserves nothing less.”

The state’s school system is a hot topic in the governor’s race this year, and the Capitol march and rally took place two days after a May 15th gubernatorial candidate forum on education in Los Angeles. Student and parent leaders recognize that statewide policies do not reflect a deep understanding of how to address racial inequality in schools and they shared letters about racism in schools at the event.

“Dear Racism in Schools: You have negatively impacted the development of too many of our students, especially youth of color,” said Trinity Harper, age 16, Oakland student leader, Castlemont High School. “You give us the illusion that we are incompetent which is something we are anything but. While you have been deeply ingrained into our schools and institutions it is now time we part. You will be replaced with solidarity, love and constant evolution.”

At the Capitol march and rally, Senator Holly J. Mitchell was joined by fellow elected officials including Assemblymember Ash Kalra as well as representatives from the California Department of Education standing in solidarity with student and parent leaders as they asked elected officials to address systemic racism in California schools.

“I’m proud to be a part of Californians for Justice’s (CFJ) Day of Action on the 64th anniversary of the Supreme Court ruling on Brown v. Board of Education,” said Assemblymember Ash Kalra. “Over six decades have passed since this landmark case, and there is still much work to be done to help every student reach their full potential. State leaders must lead together with our young people, parents, schools and teachers to make a stand against racial inequality in our schools, and help build the California we all aspire to live in.” 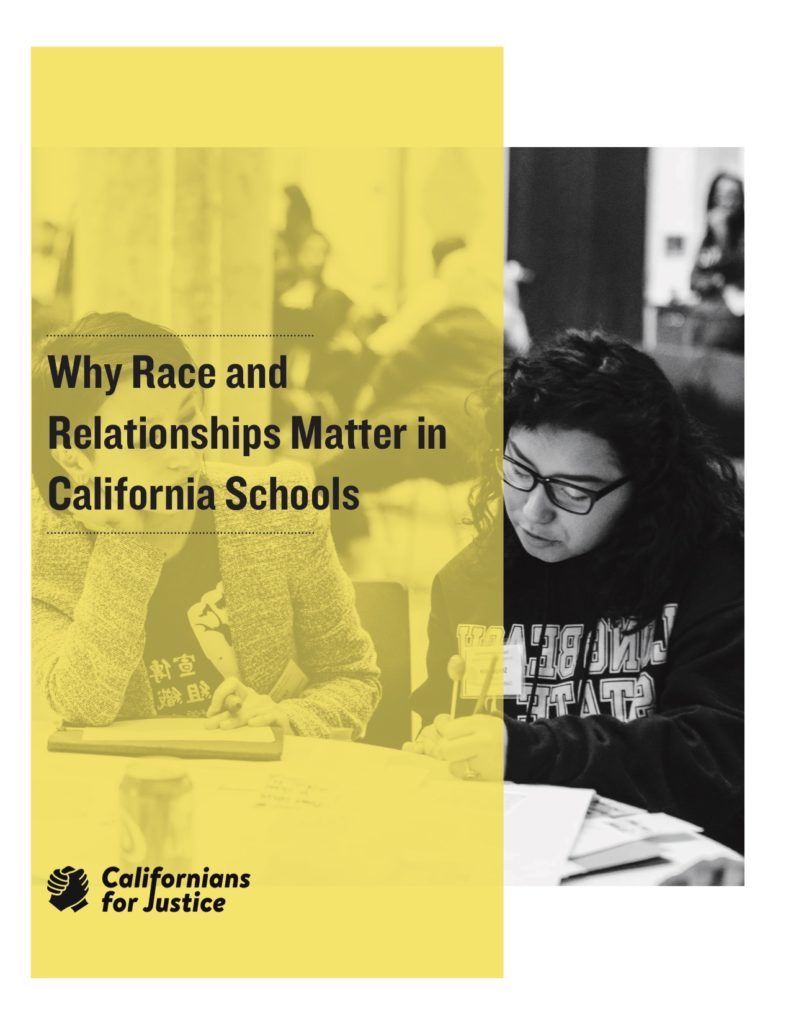 CFJ released a new report Race and Relationships in the Fight for Public Education at the May 17th event, providing a framework for relationship centered schools that address racial inequity and value student voice, invest in staff and create spaces for relationship building.

“Our schools are still separate, and still unequal,” says Cheyenne Gonzalez, age 17,  a senior at Oakland High School in Oakland, Calif. “The Local Control Funding Formula is a big step forward for students like myself. But we have to do more to address the struggles that students of color continue to face in our education system. We can start by addressing systemic racism in our schools to focus on racial equity.”

In the report, CFJ finds one in five Latino students do not graduate with their class while Black children are least likely to graduate high school in four years or complete a college degree. Beyond this achievement gap, the new report highlights an opportunity gap for young people of color, resulting in schools that predominantly serve African American students to be twice as likely to have inexperienced teachers than schools that serve predominantly white students in the same district. Pacific Islanders, Filipinos, and Southeast Asians also report lower expectations from school staff and stereotyping as failures or gang members.

For more info or media inquiries contact Saa’un at saaun@caljustice.org