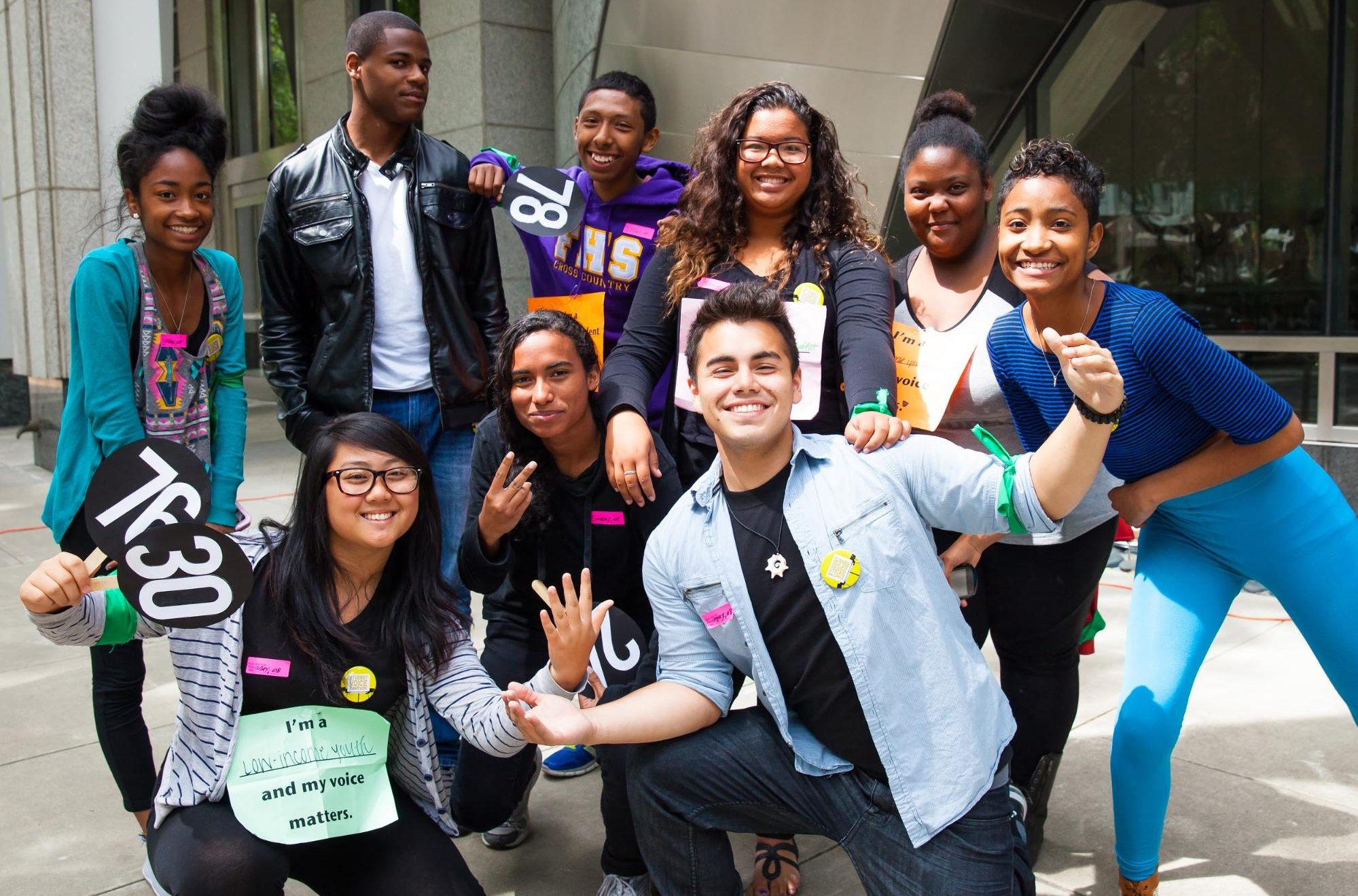 The Institute for Educational Leadership held their National Family and Community Engagement Conference this past weekend. The conference brought 1700 participants from across the country to engage in conversation about family and community on a deeper level.

Our Californians for Justice student leader  Naudika Williams participated as keynote speaker, sharing her indispensable experiences and bold vision for education to create and sustain the conditions for all youth to thrive. 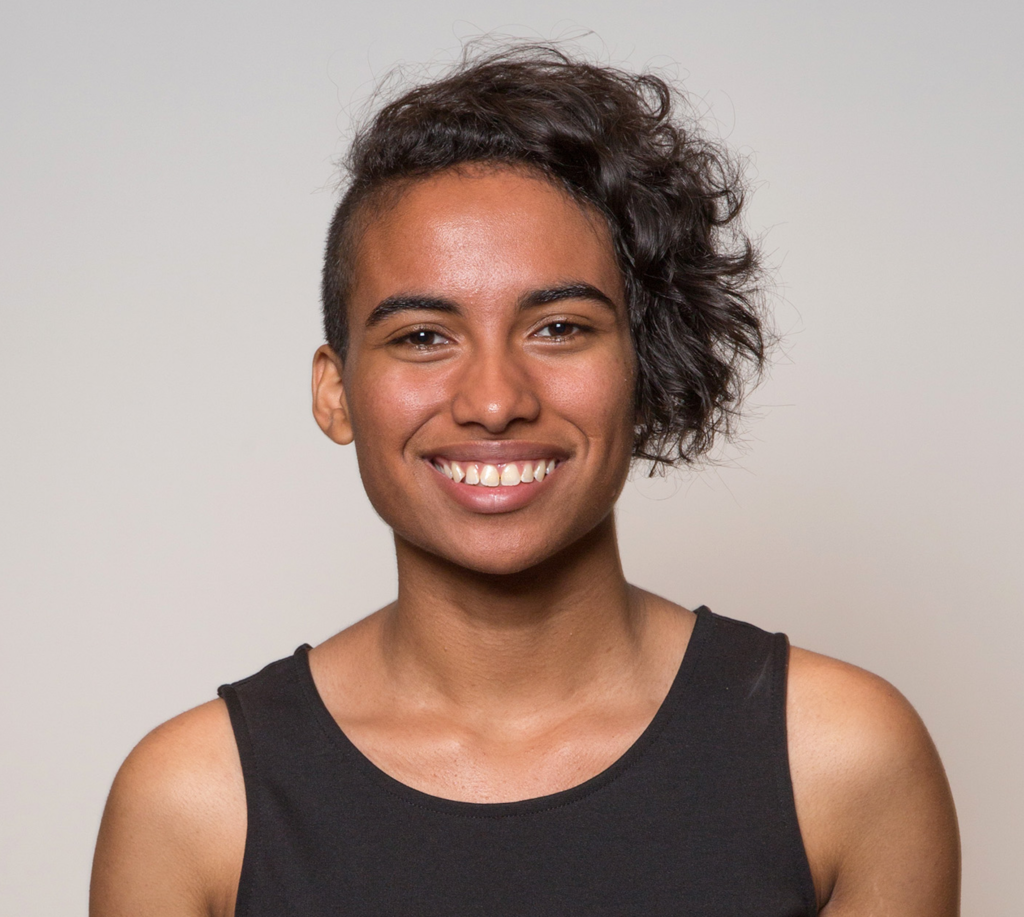 In my first day at Oakland Unified School District, what was most jarring was that students believed that they were never meant to be successful– never to become anything more than the stereotypes attached to them because of their skin color, the countries they fled to escape violence, the language they spoke.

And suddenly the jokes about dropping out and the stereotypical careers were the only options for us. Having attended good schools in Pacifica, I wanted to change that for Oakland students.

At Californians for Justice I found a space to change my education. And it was all students, like myself, through their leadership and engagement made the kind of school transformation we want to see more possible. Because we are so much more than any stereotype, outcome, or test score. We are the future generation.

But despite being the generation of the future, when it comes to putting forth our best education policies, students are typically left out.

In 2013, Governor Jerry Brown would pass one the most historical education funding formulas in America – the Local Control Funding Formula. And while students from Californians for Justice and other youth organizations like Inner City Struggle marched, testified and advocated for an equitable funding formula for California schools for over 10 years– when the equitable formula (now known as the Local Control Funding Formula) was passed; administrators, teachers, and parents were given a voice on how school funds should be spent. Students were not included.

This  is the reason I stand before you today– because I, one of many Californian students, decided that our voices would not only be heard but reflected in our schools. And with that, in 2014, we started the Student Voice Campaign.

When I joined the Student Voice Campaign, speaking before the State Board of Education was daunting; to be honest, at the time I didn’t believe we would convince the Board of Education that student voice in schools mattered. My peers- who were low-income students, immigrants and in foster care were skeptical that education leaders would listen to what students had to say.

We had become so use to being left behind- that we didn’t realize the potential impact of our individual and collective leadership.

But after months of testifying at the state board and meeting with board members, students across California sharing their stories about what they wanted to see in their schools, President Mike Kirst and the board of education released a statement that declared: “students were essential to the school stakeholder engagement process”.

It was then that I realized that our potential was limitless. That we can be apart of improving schools, just as much as any administrator or adult. Several months later, we would win student voice for all 1,001 districts in California. Now, thousands of students in California have weighed in on their school’s local accountability plans to improve their schools.

But I didn’t stop there. While I realized my voice is important– my voice doesn’t mean much when it isn’t valued or reflected in our schools.

So that same year students were declared essential to stakeholder engagement process in California schools I continued to be involved with the Local Control Funding Formula through its budgeting plan process at Oakland Unified School District.

I would watch the Student Advisory Committee grow from my co-director and I, to a group of passionate students from different Oakland schools who shared their experiences and represented students with different needs.

We attended long community engagement meetings that were hardly student friendly or accessible to parents. They were boring and were more like lectures. Rather than complain, we decided we’d change the culture of how we do things- how we share information to students and families. So we designed our meetings to be more interactive. We incorporated icebreakers and more conversations into our meetings. We brought new ideas that challenged what educators were used to, and made the community engagement process much more engaging and relevant to those in the room.

Through our work in the Student Advisory Committee, we were able prioritize equity in our  district. We pushed 4 million dollars of the Local Control Funding Formula funds to be sent directly to school sites so they could have more control over what they needed in school. We hired 50 teachers district wide, and student advisors and restorative justice coordinators to support youth. These implementations in our district reflected what students needed in our schools. Equally important, students saw the impacts of our recommendations for the budget because the district could incorporate parents and students’ input.

During the two years I stayed engaged– I realized and witnessed the incredible impact of not just student voice, but student leadership and engagement. This is the legacy that I will leave behind as an Oakland High graduate.

And it is my legacy and personal experiences that continue to shape my leadership, and vision for public education.

To be clear, “care” isn’t just about feelings. It’s about seeing students past academics, but as whole people with their own cultures, their own languages, and their own diverse communities. It’s about truly putting effort into investing in our students, and seeing that their potential is limitless.

And if we are to truly guide students to fulfill their potential, we need every school to be a Relationship Centered School.

There’s a common assumption that students aren’t interested in their education– that we don’t care what gets decided. That if we did weigh in on important school policies, our feedback would be limited to asking for more field trips and sports uniforms. What we really want is to know what we want to do with our lives, and feel prepared to take the steps towards our future after high school.

We are in an important time in this country. Youth are the next leaders to navigate what happens, we need schools that reflect their creativity, leadership and resilience. Students are ready to change our schools in more ways than any of us could imagine. It’s time we reinvent, how we teach students, and what school can actually be.