Before Betsy DeVos assumed the role as the Secretary of Education in a tie-breaking vote by Vice President Mike Pence, she called “public education a ‘dead end.’” A month later, in her first speech to urban school district leaders, she declared that she “supports all public schools.”

Betsy DeVos’ shuck and jive views on public education are as contradictory as School Choice.

As defined by its supporters: “School Choice allows public education funds to follow students to the schools or services that best fit their needs—whether that’s a public school, private school, charter school, home school or any other learning environment parents choose for their kids.” 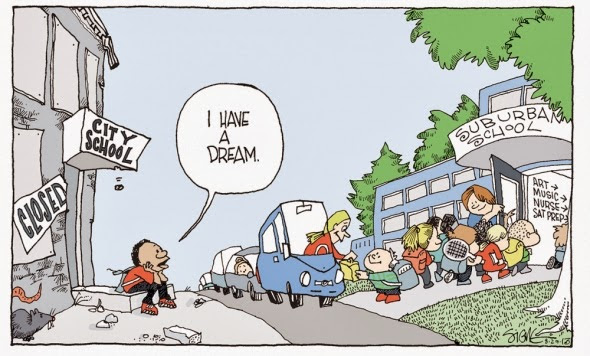 In other words, having “choice” lets parents send their children to schools other than their assigned neighborhood school. They could choose a charter school, a private school, or in some cases, another school in another school district.

There is no doubt that School Choice will benefit some parents— just as in any market-based system there will always be winners and losers. Evidence across the country has shown that it is low-income, immigrant students, and students of color that end up as losers.

The real question that we should ask ourselves is: why do parents and students have to choose a school outside of their neighborhood, to access a good school in the first place? ​

More specifically, why do students of color, low-income, and immigrant parents, have to choose a school outside of their neighborhood? Like a sheep in wolf’s clothing, DeVos and supporters of School Choice shamelessly say that School Choice is a matter of civil rights — where competition creates more options, and more options will become the tide that lifts all boats.

But for the boats tethered to generations of inequality and lack of opportunity, School Choice falls short of addressing the real problem.

Instead, School Choice attempts to mask the fact that generations of economic disinvestment in low-income, immigrant communities, and communities of color that have made American schools more segregated than they were 60 years ago.

For many parents and students, the conversation about School Choice is complicated and often confusing. But if you believe in equal opportunity, no amount of School Choice will guarantee every child the opportunity to have a quality education.

Linda Darling-Hammond, the President for the Learning Policy Institute, put it best, “the key question, therefore, is whether we can create a system in which all schools are worth choosing, and all children are chosen by good schools?” 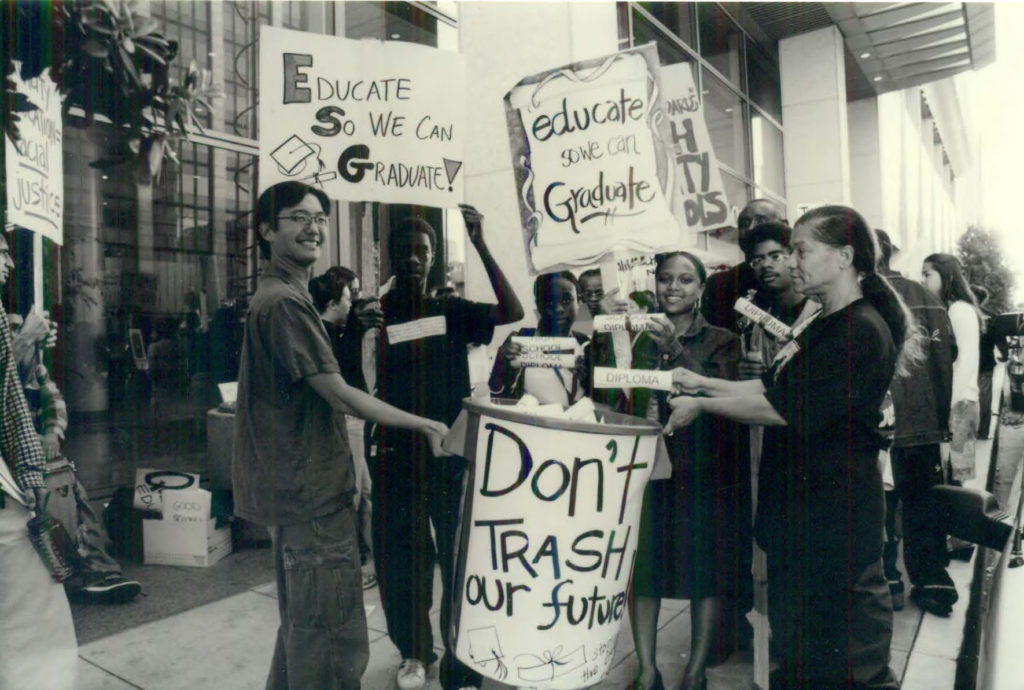 We will not rest until the chains of racial and economic inequality tethered to our boats are broken. And that every child has access to a public school that has no ifs, buts, or qualms about providing the education they deserve.

So how can we raise the tide that lifts all children?

It is the young leaders at Californians for Justice you support that will be the tide that lifts all boats.