Champions of Our Own Education 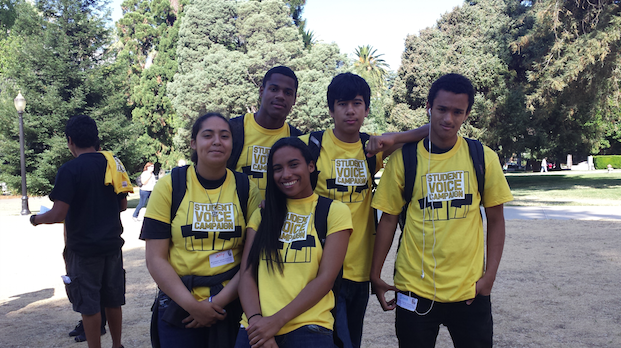 “We students are doing our part to be champions of our own education, will you take a stand and be a champion of education with us?” – Chris, Student Voice Campaign Leader

On July 10th, Chris and over 200 students, parents, and allies stormed the California State Capitol to send this message. Students Can’t Wait.

As a result of Thursday’s “Save Student Voice” action in Sacramento:

After months of hard work, the State Board of Education approved revised regulations that included some of the Student Voice Campaign’s demands. Unfortunately, the changes don’t go far enough to ensure that student will have meaningful input in their district budgets.

Students can’t wait for their voice to be heard. New funds intended for English learner, low income, and foster students are being spent NOW. State decision makers must ensure that the students generating those funds – the students who spend the majority of their lives in classrooms, who know what they need to be successful – are a part of the budget and decision making process in their schools.

We are asking the State Board of Education, legislators, and Governor Brown to be champions of Student Voice and to continue to improve the LCFF regulations to require districts to formally and meaningfully include students in their budget decision making.

Please stay tuned for further updates and next steps as we make the final push to get Student Voice written into the LCFF regulations. Check out the Student Voice Matters video to learn more about the campaign, and to hear from students themselves!

P.S. Selfies for our “10 Days: Countdown to Student Voice” Online campaign have been pouring in! Take a look.